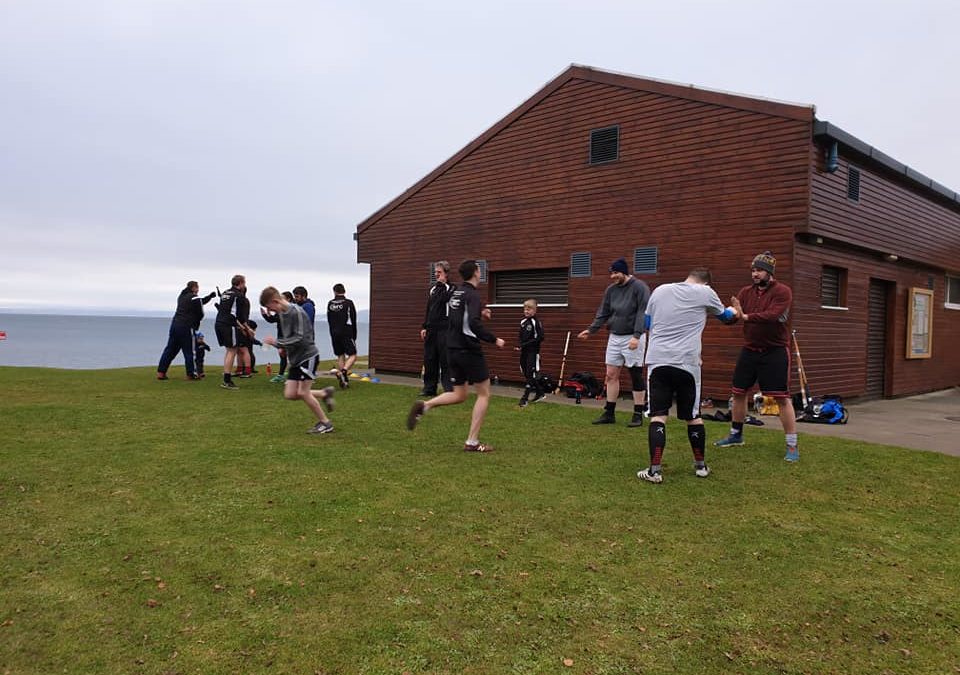 The new shinty season is almost upon us and all members have been working hard to get in top shape before it all kicks off in March. Men’s training has been taking place on Thursdays at Cowdenbeath where Mark Bishop from Mark Bishop Training System has been putting everyone through their paces. The women have been making use of their Wednesday night slots at the Hub in South Queensferry while the youth teams have been training on a Tuesday night at Cowdenbeath. On top of this, a mixed session has been taking place on Saturday mornings down at Silversands Beach. There is still a month of pre-season to go and it’s a great time to get involved with the club. The club is always seeking new members so why not get in touch and come along.

Sponsorship is an integral part of the club’s finances and Aberdour Shinty Club would again like to thank all of our sponsors from last season. Our sponsorship packages are going fast this season and we urge any potential sponsors to get in touch via our Facebook page.

Draft fixture lists have now been released for both senior teams. The men kick off their maiden National campaign at home to Beauly on the opening day of the season (8th March) following their promotion from South Division 1. They then travel to Glenurquhart the following week. Oddly both fixtures were played out in cup matches last season; Aberdour providing a cup upset by beating Beauly while falling well short in a 7-0 defeat to Glenurquhart.

The men’s 2nd team begin their season with a ferry trip to Bute which is one of three away games in their first 4. Their first home game is against Kilmory on the 14th March. The 2nd’s will be hoping to build on some encouraging performances last season.

The Women start their season slightly later with a very tough opener away to Badenoch on Sunday 22nd March. They follow that up the following week away to Lovat before their first home game against Skye on Sunday 19th April.