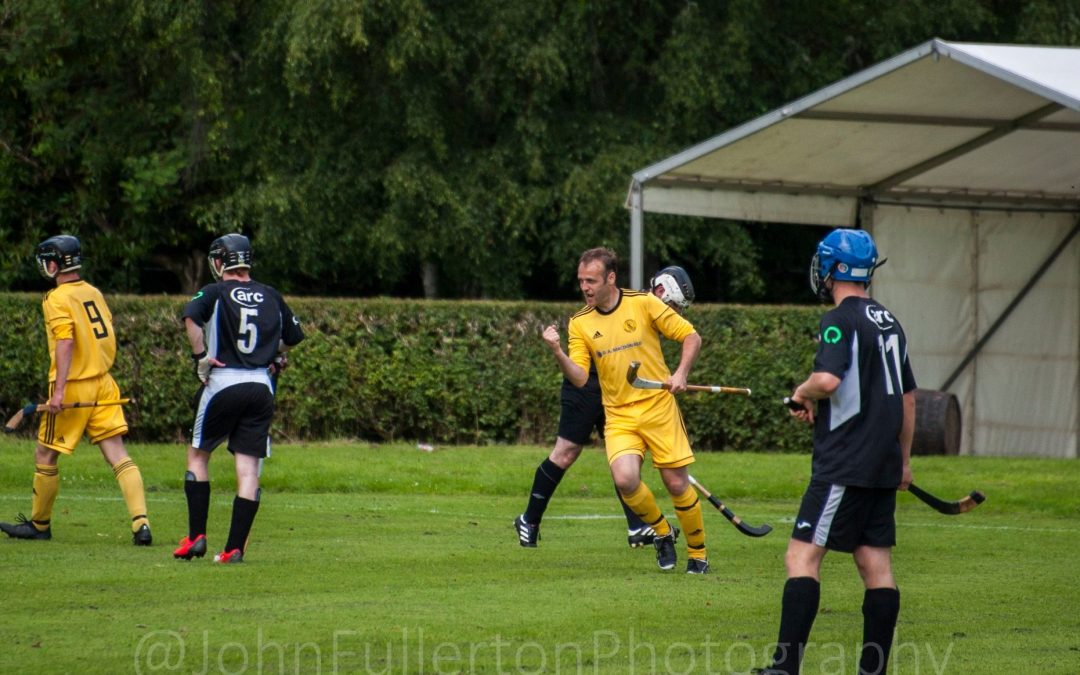 Aberdour 1st’s travelled to struggling Inveraray looking to extend their lead at the top of South Division 1. The journey was affected by traffic especially around the entrance to Inveraray and throw up was subsequently delayed by half an hour. There was some notable changes to the line up with Alec Mitchell still out due to suspension, Sam Evans unavailable and Ruairidh Reid missing with an ankle sprain. Tom Bowerman stepped in at full back after some impressive showings for the seconds while John Martin moved in to half forward with Craig Grant filling in at full centre. Inveraray also made many changes with a large pool of the younger guys attending TRSNMT. This led to a few players stepping out of retirement to help out.

The match started well for Dour and Angus Thorburn dispatched the first attack of the game to go a goal up within 5 minutes. It looked like normal service resumed for the league leaders. The wheels would very quickly come off however. Inveraray would spend the remainder of the half battering the Aberdour goal. The sharp movement up front was causing real problems for the reshuffled Dour defence. Inveraray would score five to go in at half-time 5-1 up, a lead that was fully deserved.

After some stern words at half-time Dour went out looking to restore some pride in the second half. While they were able to stem the tide, they eventually went down 7-2. This ageing Inveraray side proved today that if you give good players time and space, they will show you why they won a multitude of silverwear. And this was by doing the basics of the game well; marking tight, moving the ball quickly and efficiently, closing everything down, and more importantly desire and determination in every tackle.

Aberdour didn’t turn up with their A game today, despite some flashes of what we are capable of resulting in a couple well taken goals. But definitely not enough to win a game over 90 mins or a league.

Man of the match goes to Tom Bowerman sponsored by North Point Cafe who stepped up from the 2nd’s and slotted in at fullback. He proved a worthy replacement for Sam who was away. He played with heart and determination as ever, keeping everyone going as the game slipped away.

The 1st’s look to get back on track next week against GMA at Yoker.