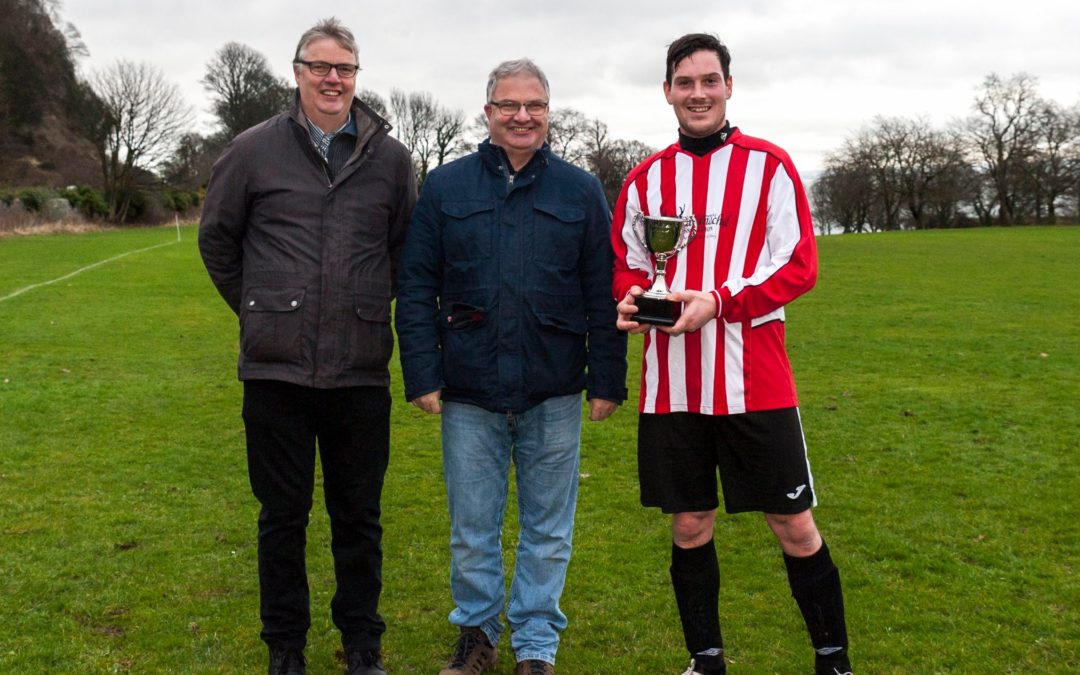 The first John Millar memorial match was played out on a pleasant January day at Silversands. John became part of the furniture at Aberdour’s home games over the years and his presence will be sorely missed after he sadly passed away last year. His wife, Margaret, and family kindly donated a trophy in his memory to be played for at the beginning of each year. The format of the match was over 30’s v under 30’s. This year however, it was necessary to make the cutoff 28 in order to balance the teams.

The women kicked off the day with a closely contested 1-1 draw. The match was a good chance to see the current crop of women playing alongside some of the young ones for the future.

In the men’s match, John Martin was able to use his Lochcarron connections to bring in brother Darren and referee Ross Brown. This was the difference in the end with Ross bagging a first half hat trick which helped the overs to a 4-2 victory. John Millar’s sons Andrew and Alisdair were on hand to present the trophy to the winning team.

Both games were a fitting tribute to John, played at a high intensity and in the spirit of the game.

Thanks to referees Rosie Mulligan and Andy Murray, Room with a View for post game hospitality and everybody who provided mulled wine and snacks.